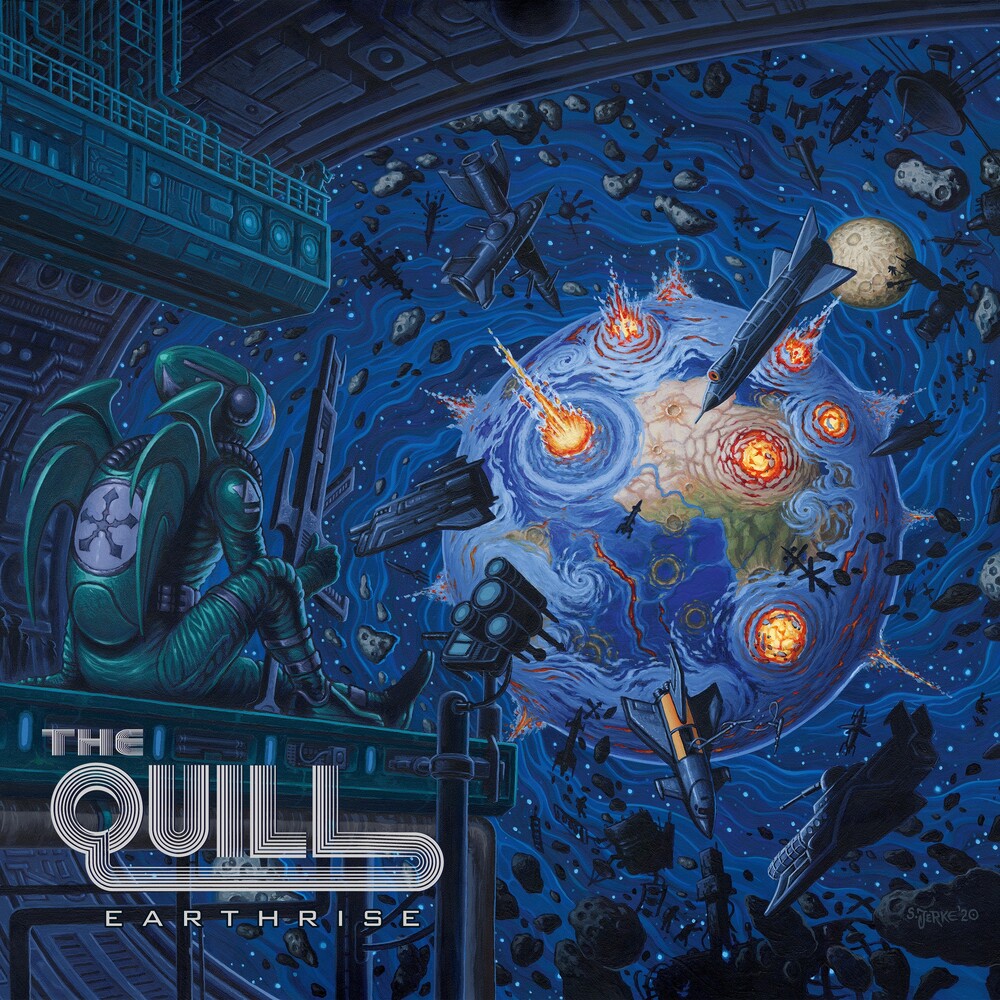 The ninth studio album from the Swedish hard rock institution. With a sound based on a wide range of influences, The Quill have released one quality album after another since their debut in 1995. The dynamic interplay between original vocalist Magnus Ekwall, drummer Jolle Atlagic (Hanoi Rocks, Electric Boys, Firebird), guitarist Christian Carlsson and bassist Roger Nilsson (Spiritual Beggars, Firebird) creates The Quill's unique, deep 70s heavy rock. No frills, just real rock at full throttle! The new songs like "Hallucinate" or "Keep On Moving" are bursting with confidence and adrenaline. "Left Brain Blues" and the title track "Earthrise" are reminiscent of Black Sabbath in their heyday. While tracks like "Dwarf Planet" and "Evil Omen" revive the heavy / psychedelic sides of early Led Zeppelin or Uriah Heep. The new songs tell stories of alienation set in the confines of space and time. Perhaps not a surprising theme given the state of the world today. But it's also a theme that runs through the entire history of mankind so far.Packed with catchy riffs, pounding bass lines and a fantastic frontman, this album will once again delight all fans of honest hard rock.
back to top