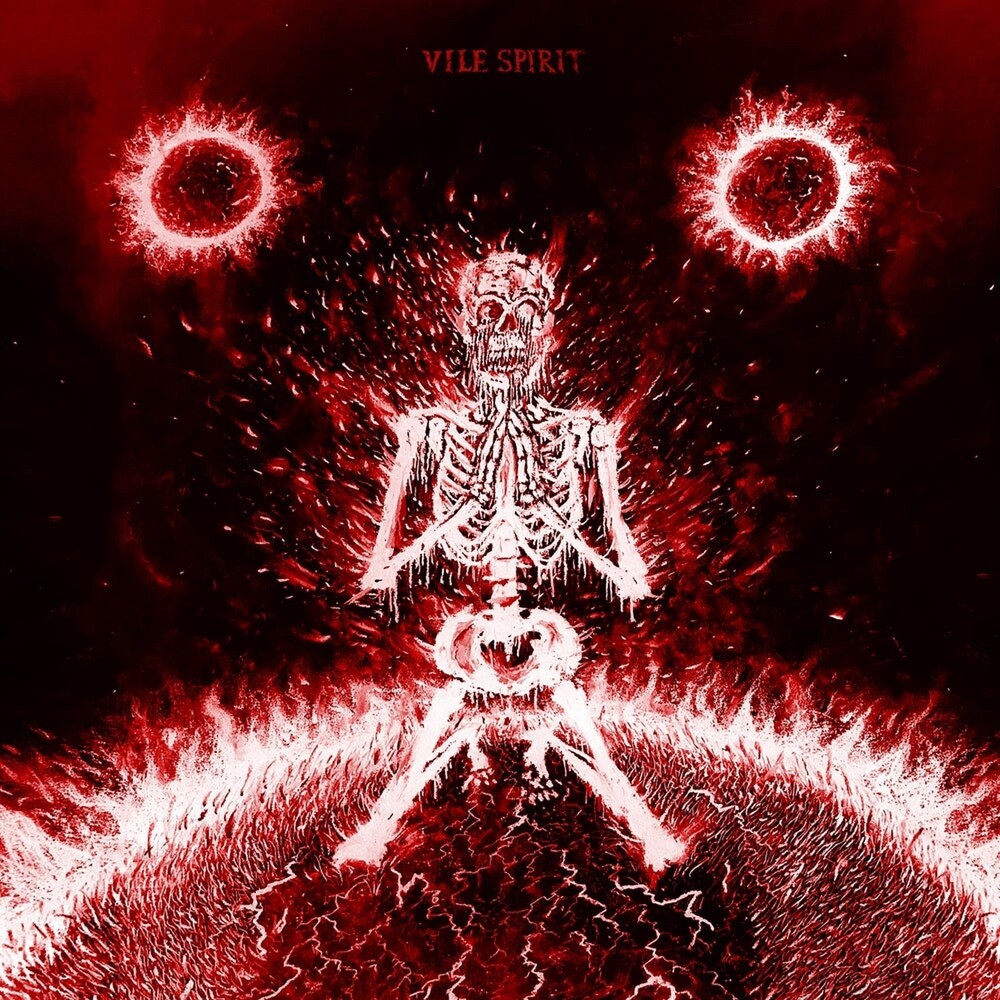 Red and black splatter vinyl. Scorched Earth marks the long-awaited debut LP from the UK's ultimate misfit squad, Vile Spirit. After well-loved demo and promo tapes, Scorched Earth marks a major step up in terms of musical landscape and craft as members have sharpened their teeth touring Europe and being active members of the UK hardcore punk scene. Somehow they have managed to sew together influences such as United Mutation, Integrity and Black Metal into a noisy mass of hard as hell tunes with fuzzed out guitars burning your ear drums whilst being punched to death by relentlessly rolling drums excelling at unpredictable rhythmical directions. Meanwhile mid-tempo songs like Going Home march along, snarling in the darkness, creating an atmospheric backdrop for those who prefer to awaken at night. Vocalist Ben summons a cynical view of the world, conjuring tales of the survival of mankind and a contempt for the world. Bursting onto the UK hardcore punk scene three years ago the members have never ceased to play in and create numerous bands such as Saliva, and Chubby and the Gang. They originally formed part of the new generation of Brighton punks re-energizing the scene there alongside bands like State Funeral, Never and label mates Imposter, whilst members finished high school or started University. Joining the band on second guitar is Rory O'Neill, singer of Imposter, and responsible for the artwork on Scorched Earth. Enjoy, and be damned upon the scorched Earth.
back to top