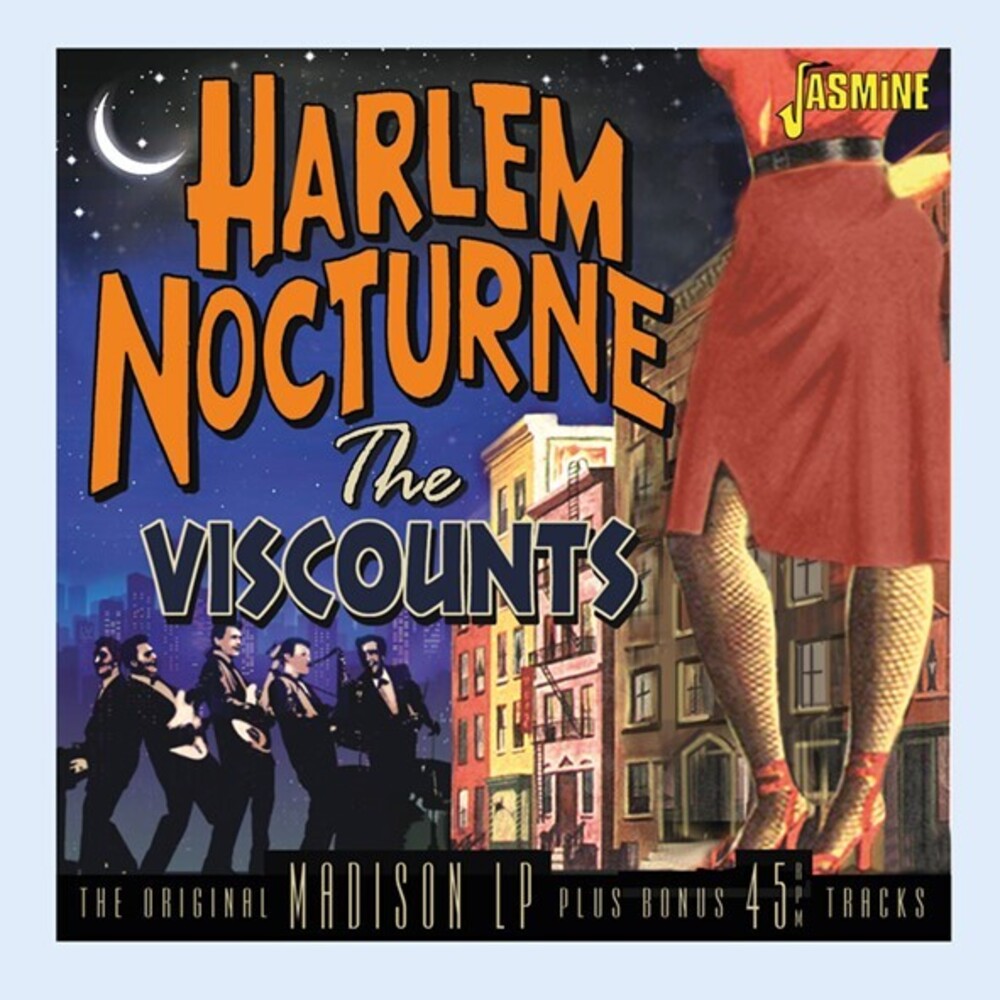 The Viscounts were one of the many rock instrumental groups that sprang up across America as the genre became popular in the late 1950s. Theirs was an original and evocative sound which was more adult sounding than many of their contemporaries. This compilation features most of their best recordings especially their biggest hit, a cover of Earl Hagen's instrumental classic "Harlem Nocturne" which was originally performed by Ray Noble orchestra in 1939. Despite being covered more than 500 times it's the Viscounts version that is by far and away the most famous. There is a heavy Film Noir feel about several of the tracks that certainly evoke black & white movies with dark rain swept streets, plus some very rare records which makes this collection a must have for instro fans. Fully detailed liner notes.
back to top