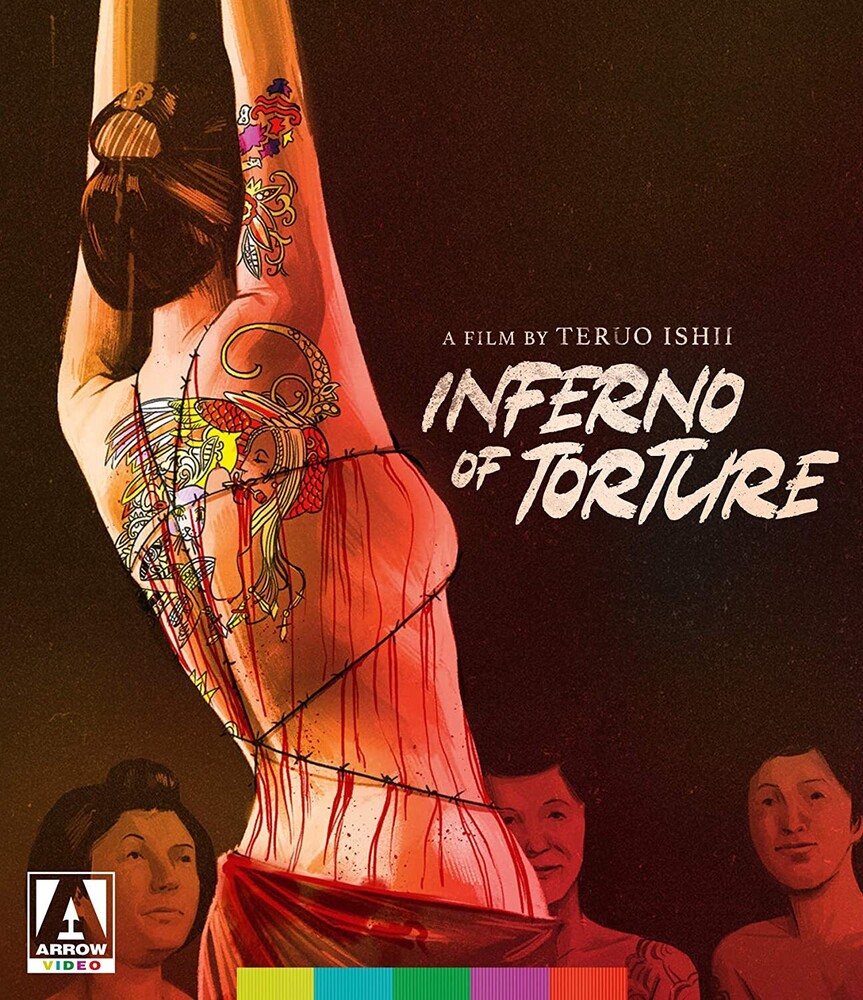 Inferno Of Torture / (Can)

Exploitation legend Teruo Ishii (Horrors of Malformed Men, Orgies of Edo) delivers one of his most extreme visions of violent eroticism in this, the sixth in his abnormal love series. Tattoos and torture await women forced into servitude in Ishii's Inferno of Torture. Unable to repay a local lender, Yumi (Yumika Katayama) takes up an offer to serve as a geisha for two years with a promise of freedom once her debt is repaid. She quickly realizes that this is less a house of geishas than an extremely cruel brothel specializing in supplying western visitors with tattooed playthings. Taken under the wing of one of the leading tattoo artists vying for a coveted spot in the Shogun's good graces through his work, Yumi's body becomes a battleground as a rival artist becomes determined not to lose his spot at the top. When the madam, Otatsu (Mieko Fujimoto) trains her eye on the blossoming relationship between the benevolent artist Horihide (Teruo Yoshida) and his model, she makes sure than her stay is less than hospitable, inspiring the torturous inferno of the title. Following Ishii's legendary Shogun's Joy of Torture and Orgies of Edo, the prolific filmmaker still manages to turn up the heat in this incredibly violent and salacious entry in a filmography unlike any other. From the film's opening scene depicting some of the most perverse violence ever captured on screen, through to the shock ending that will leave the audience's mouths agape, there's nothing quite like Inferno of Torture. Tender romance clashes with vile sadism as a sea of tattooed female flesh floods nearly every frame of this film depicting Japan's Edo period as only Ishii could.