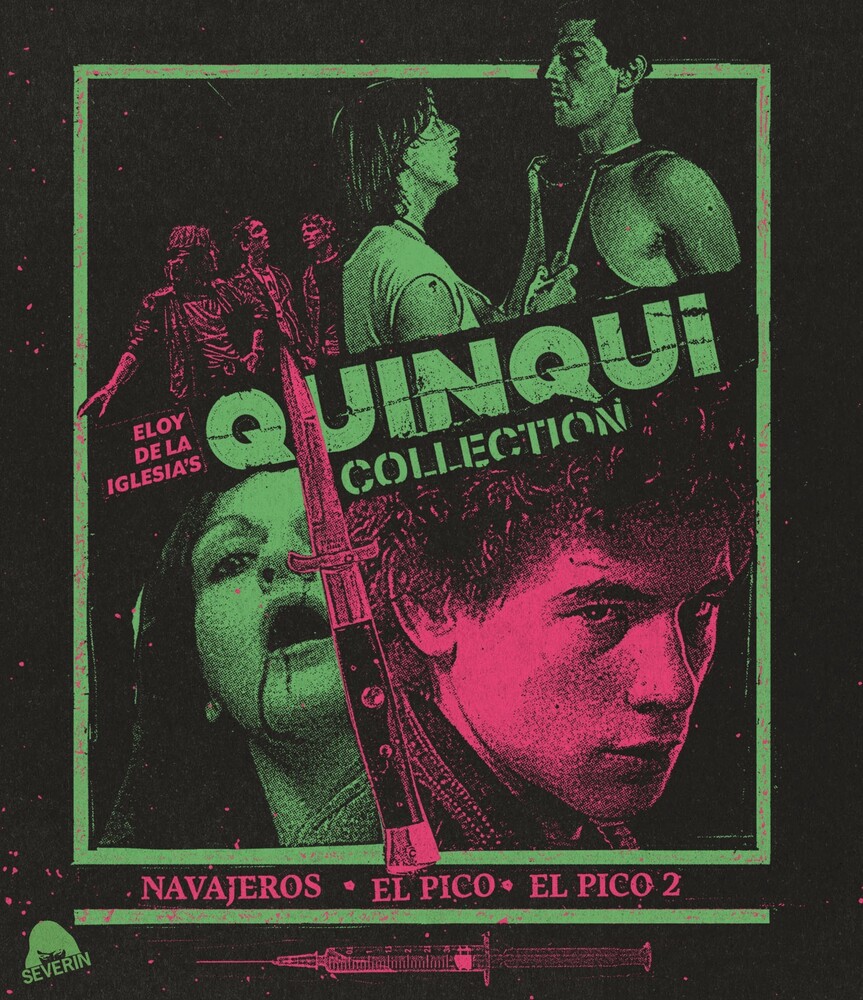 Short for quincallero (delinquent) and pronounced 'kinky', it was a brutal sub-genre of juvenile gang dramas produced in '70s/'80s Spain. But for Basque writer/director Eloy de la Iglesia (CANNIBAL MAN, NO ONE HEARD THE SCREAM), these three Cine Quinqui classics would become the most successful, controversial and tragically defining films of his entire career. JosĂ© Luis Manzano - the charismatic street kid discovered by de la Iglesia - stars in this graphic neorealist trilogy that depicts the crime, violence and drug abuse that ravaged the post-Franco nation, and led to the filmmaker and actor's real-life addictions to heroin - and each other - that would ultimately destroy them both. NAVAJEROS, EL PICO and EL PICO 2 are now scanned in HD from the original negatives with all-new Special Features created especially for this collection.
back to top